PETALING JAYA: The safety net that the Wage Subsidy Programme (PSU) offers should be expanded across all sectors, not only to those in the tourism and retail sectors, say industry players.

“The PSU will only help the two industries (tourism and retail). We hope the government can extend it to other sectors struggling to survive because of the strict standard operating procedure (SOP), ” said SME Association president Datuk Michael Kang (pic).

The loan moratorium, he said, should be extended until March next year, saying that a special relief programme to help SMEs with their rentals and cash flow should also be implemented.

Kang said to date, about three million employees in the SME sector received aid under the PSU.

“There are over one million employees who have yet to receive it, ” he said.

However, he said the programme should be extended to cover SMEs that experienced a 30% drop in their revenues.

Yeoh urged the Federal Government to provide another RM5bil to RM10bil in soft loans to assist SMEs.

“The special relief facility is helpful but insufficient, ” he said, adding that the loan moratorium should be extended for another six months to SMEs.

According to the Entrepreneurship Development and Cooperatives Ministry, a total of 32,469 SMEs have folded since March when the movement control order was first implemented to stem the Covid-19 outbreak.

Free Industrial Zone Penang Companies’ Association (Frepenca) committee member Datuk Heng Huck Lee said most of its members did not qualify for the PSU as they had performed steadily during the critical months.

“We understand that there are many SMEs that have been badly affected.

“However, the PSU should be extended to cover all SMEs that need help and not only to those in the tourism and retail segments, ” Heng said.

Malaysian Employers Federation (MEF) executive director Datuk Shamsuddin Bardan said it was appropriate for tourism and retail sectors to be the target recipients of the PSU.

“These are the two sectors that are badly impacted. They were the first to be hit and likely the last to recover, ” he said.

“The wage subsidy will assist the industries, and the decision to increase the limit of eligible workers per company to 500 can help the bigger operators, ” he said.

However, he said ideally there should be support for employers from more sectors to retain workers.

The acid test, he said, would take place next March when the period in which employers who take up the PSU were prohibited from retrenching staff would start to end.

“This has to be monitored closely as to whether employers are able to fend for themselves at that time, or whether they require further assistance from the government, ” he said.

Employers opting for the PSU must retain their workers for at least six months, which includes three months during the subsidy period and three months after that.

“The programme is aimed at helping companies avoid retrenching their workforce, so we definitely support the move, ” he said.

He also urged companies which participated in the programme not to further reduce their workers’ salaries, reminding them that this could only be done with the agreement of the employee.

A study, he added, should also be conducted to measure the effectiveness of the programme, and to determine whether the quantum of the subsidy was sufficient to keep businesses afloat.

The government implemented the PSU when the Prihatin economic stimulus package was announced on March 27.

Under Budget 2021, Finance Minister Tengku Datuk Seri Zafrul Tengku Abdul Aziz said the PSU would be extended for another three months with a more targeted approach specifically for the tourism and retail sector.

He said the targeted PSU was expected to help about 70,000 employers and 900,000 employees with an allocation of RM1.5bil. 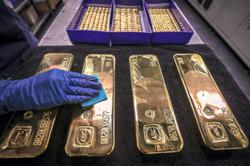