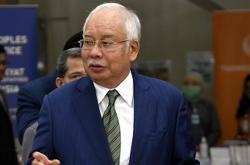 BARISAN Nasional has declared conditional support for Budget 2021, which will be voted on by MPs on Nov 23.

Datuk Seri Najib Razak (BN-Pekan) said Barisan’s 42 MPs would only support Budget 2021 if two of its demands were met – a blanket moratorium on loan repayments till June 30,2021 and allowing Malaysians a one-off withdrawal of RM10,000 from their Employees Provident Fund (EPF) Account 1.

“The support of my friends and me are subject to the approval of these two matters.

“Our support for this budget is conditional, ” he said during an hour-long speech as the Barisan Nasional Backbenchers Club chairman, while debating Budget 2021 in Parliament yesterday.

He was responding to Datuk Seri Ahmad Maslan (BN-Pontian), who asked whether Najib agreed that Budget 2021 should be amended before it is voted on by MPs.

“He has read my mind. I want to point out that this Budget is drafted during an extraordinary time and if we want to amend it, it should be done because these are unprecedented situations, ” said Najib.

Anwar told Parliament on Monday that Pakatan Harapan may not support Budget 2021 if the concerns of its lawmakers were not addressed.

Najib described the extension of the loan moratorium until June and the one-off EPF withdrawal as bold but conventional steps, saying that these two measures could increase the circulation of cash in the economy when government spending is limited.

“Not a single person has said that the money withdrawn from EPF cannot be recovered in future.

“The government’s responsibility is not to deny contributors access to their money when they are desperate, ” he said.

Instead, Najib said the government’s priority should be finding ways to ensure EPF contributors who were forced to withdraw from Account 1, would not be left with a low account balance when the pandemic is over.

“Find ways to increase their savings at the fastest rate possible, ” he said, adding that the government should also assist the EPF to make more profits once the Covid-19 pandemic is over by offering it lucrative contracts.

At the same time, Najib said the EPF withdrawal should be a one-off affair and not be monthly scheduled payments.

“This RM10,000 can be used to settle outstanding loans, rent, insurance, school fees and so much more.

“Besides that, the money can be used as capital to start a small business. This would help those who lost their jobs, ” he said.

Describing Budget 2021 as a “war-time budget”, Najib said the loan moratorium should be extended to everyone in the B40 and M40 income group.

He pointed out that criticisms on social media came from not only those in the B40 group, but also the M40 group.

“Many in the M40 are not satisfied because Budget 2021 does not benefit them as much.

“Is the government going to wait until the M40 group turns into the B40 income group, before granting loan moratorium?” he said.

Under Budget 2021, B40 borrowers eligible for Bantuan Sara Hidup (BSH) or Bantuan Prihatin Rakyat (BPR) assistance are given two options – a moratorium on installments for three months or a reduction of their monthly repayment by 50% for six months.

Borrowers in the M40 group are also able to apply for the same assistance, but are required to make a self-declaration of the reduction in their income in order to secure the repayment assistance.

Budget 2021, which will see more than two weeks of debates in Parliament, is set to be voted on by MPs at policy stage on Nov 23. 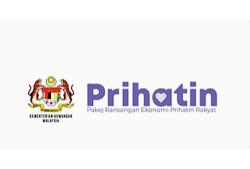 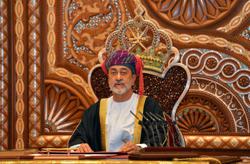