KUALA LUMPUR: Speculations of an impending snap general election are heating up, after Perikatan Nasional announced the appointment of its election director and the setting-up of party state liaison bodies.

This comes less than a week after Umno appointed Pasir Salak MP Datuk Seri Tajuddin Abdul Rahman as the party’s election director for the 15th general election on Nov 4.

He will head preparations for Perikatan’s election machinery.

Hamzah also announced that Perikatan had unanimously agreed to set up state liaison bodies to coordinate party activities at a state level.

“The supreme council believes that this decision will strengthen Perikatan’s work at all levels and it will better coordinate component parties within the coalition, ” he added.

Hamzah’s statement came following Pakatan Harapan and Barisan Nasional’s declaration of only conditional support for Budget 2021, which is set to be voted by MPs in Parliament on Nov 23.

Opposition leader Datuk Seri Anwar Ibrahim said on Monday (Nov 9) in Parliament during his debate speech that Pakatan would not support Budget 2021 if the concerns of its lawmakers were not met.

A day later, Barisan backbenchers club (BNBBC) chairman Datuk Seri Najib Razak said during his debate speech that its MPs would only support Budget 2021 if two of its demands were met.

Barisan is demanding a blanket moratorium on loan repayments till June 30,2021 as well as a decision to allow Malaysians a one-off withdrawal of RM10,000 from their Employee Provident Fund (EPF) account 1.

By convention, if Budget 2021 fails to be passed in Parliament when MPs vote on Nov 23, it would pave the way for a snap election, as it would mean that the government of the day had lost its majority.

A statement by Perikatan earlier Tuesday (Nov 10) called on all parties to support Budget 2021 to uphold the King’s decree that priority should be given to the rakyat.

On Oct 28, Yang di-Pertuan Agong Al-Sultan Abdullah Ri’ayatuddin Al-Mustafa Billah Shah advised all MPs, regardless of party, to stop the political squabbling and give their full support to Budget 2021.

No plans for online voting yet 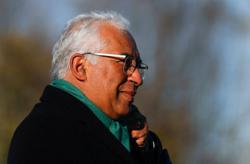