Call to fill post of High Commissioner to Singapore 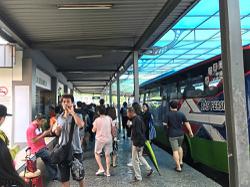 BATU PAHAT: Johor has appealed for the position of the Malaysian High Commissioner to Singapore to be filled soon to better facilitate issues involving Malaysians there.

“Singapore has one of Malaysia’s most important foreign missions as we have thousands of Malaysians staying and working there.

“I was taken aback when told that the position has yet to be filled. The Johor government has asked the Foreign Ministry to expedite the task of filling the vacancy.

“The Mentri Besar visited the border checkpoint to check on people entering the country from Singapore using the PCA (Periodic Committing Arrangement) and Reciprocal Green Lane (RGL) in August and he was not updated on the issue, ” he said.

Mohd Solihan said while all services at the High Commission were still continuing, including immigration matters, it was important for Malaysia to have its top diplomat in Singapore in place.

“This is especially when it comes to handling problems involving Malaysian workers or even negotiating the border reopening with the Singapore government, ” he said.

Johor MCA government affairs coordinating chairman Michael Tay said it was important for Malaysia to have a High Commissioner in Singapore to handle bilateral matters, especially during the pandemic.

“This is an important position. Our top diplomat should be there not just to engage with Singapore but also to look after the interest of thousands of our people there, ” he said, adding he also found it strange as to why the position has not been filled.

Tay added with Johor’s Covid-19 cases still manageable with only single digits for some time, “surely there would be many jobs available in Singapore in various sectors for Malaysians”.

Wisma Putra secretary-general Datuk Seri Muhammad Shahrul Ikram Yaakob, when contacted, said the High Commission was being headed by a charge d’affaires for the time-being.

“The appointment of the next High Commissioner is going through the necessary processes, ” he said. 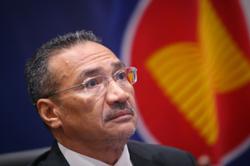