PUTRAJAYA: Pakatan Harapan has submitted six recommendations for Budget 2021 including increasing the Health Ministry's abilities to deal with Covid-19 and non-communicable diseases.

It also called on the government to expand social protection, widen the safety net and increase welfare payments for the vulnerable and unemployed.

The list of recommendations were submitted to Finance Minister Datuk Tengku Zafrul Tengku Abdul Aziz at an engagement session with political parties held on Sunday (Nov 1).

Pakatan Harapan secretary-general Datuk Seri Saifuddin Nasution Ismail said that the coalition also recommended for the loan moratorium to be extended till March 31,2021.

"We proposed that the wage subsidy be continued till March 31,2021 and create 600,000 jobs as per Malaysia@Work scheme offering incentives over two years for employers and employees costing RM13bil," he said after the meeting.

Saifuddin also said the government should increase spending on education and set aside development expenditure for two key projects - the national fiberisation and connectivity plan as well as to upgrade water infrastructure for Selangor, Kelantan and Pahang.

"We hope our recommendations will be incorporated into the Budget," he said.

Saifuddin said that Pakatan is committed in working with all parties to combat Covid-19 to save the people and the economy.

"However, Pakatan reiterates that this consultative process does not simply imply our support or acceptance of the present Federal Government, but to work together for a budget that benefits both the nation, our economy and the people," he said. 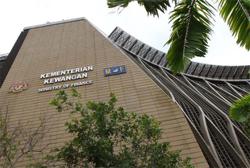 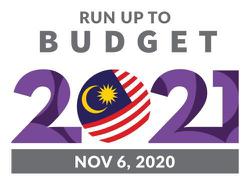