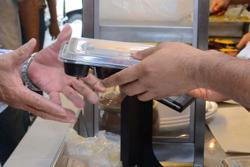 For a good cause: A banner showing the restaurant will be handing out free food to the needy from tomorrow. — Courtesy of Ching Fah Restaurant

PENAMPANG: A restaurant in Donggongon here will be starting a free food campaign to help the needy affected by the Covid-19 pandemic.

Ching Fah Restaurant, which has been operating since 1964, said it would be handing out about 100 packets of economy rice starting from 1pm tomorrow.

Owner Hee Kwok Hung said they planned to hold the campaign daily until December, except on the days when the restaurant is closed.

Hee, 64, hit upon the idea after a nearby temple could not send rice to the needy during the conditional movement control order (MCO).

“I am the vice-chairman of the temple and every month, there are many people who sponsor rice for the poor.

“As we do not want to keep the rice too long for fear it will go bad, we decided to give food packets instead, ” he said, adding that he volunteered his restaurant as it was still operating during the conditional MCO.

The giveaway is limited to 100 packets a day as Hee is mindful of others running food business.

He has sought advice from the Health Department and the police due to concerns that people may turn up in huge numbers for the food.

“The Health Department told me to impose health protocols during the handout.

“So, on Saturday (today), we’ll do a rehearsal. We can then dictate how people will line up with physical distancing and follow the standard operating procedure, ” he said.

Hee said they would not be able to prevent people from taking advantage of the situation to get free food.

“All we can do is advise them that the food is for those who are really in need and cannot afford (to buy their own food), ” he said. 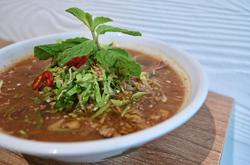