SEREMBAN: Budget 2021 which will be tabled next week has to be an expansionary one focusing on saving jobs as well as small and medium enterprises (SMEs) most affected by the Covid-19 pandemic, says Datuk Seri Mohamad Hasan (pic).

The Umno deputy president, who is also known as Tok Mat, said on Saturday (Oct 31) that the government should double the assistance to the most affected groups and sectors as the third wave of the pandemic was likely to further delay the country's recovery to the first quarter of 2021.

"We cannot let the people continue to live in misery, for businesses to be closed forever or for the country's economy to be irreversibly damaged.

"For now, the narrative to reduce the government deficit or to implement fiscal consolidation measures must be pushed away.

"Do not worry too much about the national debt limit, which has recently been increased to 60% of the gross domestic product," he said in a statement.

The high-income group, he said, would be less affected, but the B40 and M40 groups, especially those self-employed, could lose their livelihood. This would widen the inequality gap between them.

Mohamad said the government can deal with the national debt later as the focus of Budget 2021 is the survival and well-being of the people.

The use of domestic loans would not adversely affect the economy, as Malaysia would not be bound by foreign regulations, compared to loans with strict regulations from institutions such as the International Monetary Fund (IMF).

"Furthermore, local loans are less vulnerable to the risk of foreign interest rate fluctuations, as well as the risk of currency depreciation as the debt is denominated in ringgit," he said.

However, Mohamad warned that the strategy of doubling spending and stimulus in Budget 2021 was not a "blank cheque" for the government to spend extravagantly.

Government spending, he said, still needed to be planned and implemented with full accountability and transparency.

Fiscal consolidation efforts, he said, must be postponed until 2022, in the hope that the country's economy will be fully restored.

"At that time, if the economy recovers, spending can be reduced and austerity measures brought back," he added. 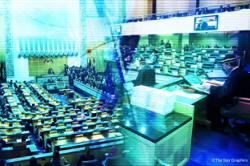 NSC: Message claiming extension of conditional MCO is fake news
FRANK breaks banking norms
Covid-19: Cases up by 1,075, bringing total to 69,095 (updated daily)
DON’T BE AFRAID TO START AT THE BOTTOM
Economists: Get the people to spend
Business sector prefers targeted MCO in selected areas
‘Extension needed in Sabah’
Cops ready if CMCO is extended in the Klang Valley
Mixed reaction over situation in Penang
Police haul up 482 for flouting RMCO