A lorry driver was killed when he lost control of his truck in Beluran on Friday.

KOTA KINABALU: A lorry driver died after his truck, laden with timber, smashed into a tree branch along a hilly terrain in Sabah’s east coast Beluran on Friday (Oct 30).

Beluran OCPD Supt Kasim Muda said that Mohamad Kimbu, 49, died on the spot in the accident that occurred around the Bukit Ular area at KM120 Nangoh- Paitan road around 11.20am.

He said the driver whose trailer was loaded with timber was on his way from the Timberwell Sugut logging camp to Sandakan.

“Initial investigations indicated that he had lost control of the truck when driving through hilly terrain, ” he said, adding that the driver succumbed to severe injuries on the spot.

The body has been sent to the Beluran Hospital for a post-mortem. 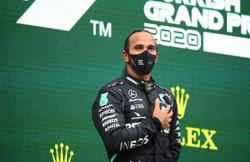