KOTA KINABALU: Security forces in the east coast have stepped up operations against illegal immigrants trying to slip into the state via backdoor routes, amid rising cases of Covid-19 in the state.

“We have finetuned it since beginning our patrols on the area in April. The land operations against illegal immigrants have been widened to include the Wakuba seashore area in Tawau.

“It has been successful, as the number breaches in illegal immigrant landing and smuggling hotspots have reduced, ” he said on Friday (Oct 30), adding that this was also reflected in the prices of smuggled cigarettes increasing on the streets.

He said Esscom was working with police general operations force (GOF) and the Armed Forces to continue to tighten Sabah’s land and sea borders to check on the entry of illegal immigrants, especially through the Malaysia-Indonesia shared island of Sebatik, that is a ten-minute boat ride from Tawau.

DCP Ahmad Fuad added that the 200km land border between Kalabakan and Tawau was manned by the army’s six outposts which will be checking on entry of illegal immigrants entering via the “lorong tikus” or rat lanes.

Esscom, he said, was also keeping close tabs on the crossborder criminal and militant groups (based in southern Philippines) that threatened the security and peace of eastern Sabah.

“We remain alert against ‘kidnap for ransom’ groups, and also militant Abu Sayyaf who are always trying to carry out crossborder criminal activities in our eastern Sabah waters, ” he said.

DCP Ahmad Fuad added that Esscom was constantly in communication with its counterparts in the southern Philippines, and was monitoring the situation involving these criminal groups.

“Our focus now is currently to help in checking the spread of Covid-19, but at the same time we need to remain vigilant against these criminal and militant groups, ” he said, adding that the public should not worry as the security situation in the east coast was under control. 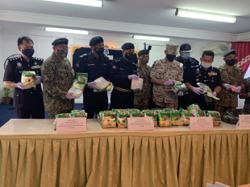 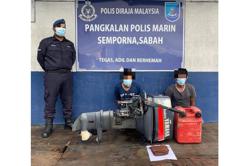