PETALING JAYA: A tweet by former prime minister Tun Dr Mahathir Mohamad linked to a deadly knife attack in a French church has stoked anger among Australia's prominent figures, with some calling it hate-speech.

“I know that he has not and would not advocate actual violence. But in the current climate, words can have consequences, ” said Australian High Commissioner to Malaysia Andrew Goledzinowski.

Goledzinowski said in a retweet on his account that quoted Dr Mahathir's now-deleted tweet that he was “deeply disturbed” by the latter’s remark.

“The only thing that should be said today is to completely condemn those attacks. The only response is to be utterly, utterly devastated, ” he said.

Morrison added that Dr Mahathir's tweet “should be condemned in the strongest possible way.”

“We Australians know this man, who likes to provoke very well, ” he said as quoted by the Sydney Morning Herald.

Earlier on Thursday, Dr Mahathir posted a long thread of tweets relating to a knife attack at the Notre-Dame basilica in Nice in France, where three people were killed and several others injured.

Twitter then hid one of his tweets, which was initially marked as “glorifying violence".

In the now-removed tweet, Dr Mahathir had said that “Muslims have a right to be angry and to kill millions of French people for the massacres of the past”, adding that Muslims, however, have not taken vengeance in this way.

A statement with very similar text to his tweets was also posted on his chedet.cc blog on Thursday, where Dr Mahathir said that the French should teach their people to respect other people’s feelings.

“Since you have blamed all Muslims and the Muslims’ religion for what was done by one angry person, the Muslims have a right to punish the French, ” said Dr Mahathir in his statement directed at French President Emmanuel Macron. 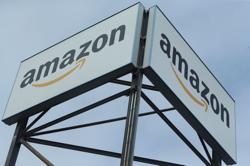