Fan, 39, who was banned from TV and films in China due to her tax-evasion scandal, was seen rushing to two events recently.

She was photographed attending a cosmetics launch, where she served as the brand ambassador followed by a party organised by a fashion magazine in Shanghai.

She wore a modest green gown at the first event while appearing in a purple number with a plunging V-neck in the second.

Fans speculate that brands, many of which have earlier shied away from her, finally decided to give Fan a second chance at celebrity endorsement deals.

Fan had been finding it hard to continue her career in the entertainment industry after being slapped with a 880 million yuan (RM540mil) fine for tax evasion in 2018, which was touted as one of China’s “biggest tax evasion penalties in history”.

> The autopsy report for recently-deceased Taiwanese singer-actor, Alien Huang, confirmed that he had died of cardiovascular complications, the same daily reported.

The report reached the same conclusion as an earlier post-mortem, which found Huang to have died of aortic dissection, which then led to a blockage of his blood vessels.

Initially, there was speculation that his death might have been due to a freak accident at home, but autopsy findings concluded that he had no external injuries.

An aortic dissection is a life-threatening condition which occurs when the inner layer of the aorta – the large blood vessel branching off the heart - tears. 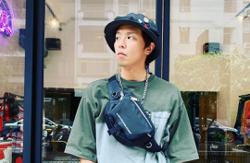 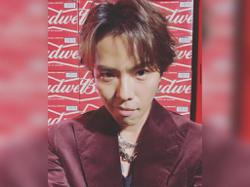