SERDANG: The Selangor police are ready to enforce the enhanced movement control order (MCO) in Kuala Langat and Hulu Langat which goes into effect on Wednesday (Oct 28).

"We will not be alone in enforcing the orders and will have assistance from both Rela and the Malaysian Armed Forces.

"There will be shifts of 66 personnel on duty at all times to ensure everyone complies with the orders and there is no unnecessary movement," he told reporters after witnessing the handing over of duties ceremony of the Serdang OCPD on Oct 28.

In response to a question, Comm Noor Azam said he was aware there were complaints about foreigners leaving these areas before the enhanced MCO took effect.

"We can only enforce the orders within the specific time frame that has been announced.

"We cannot stop or take action against anyone who moves outside the time frame," he said.

It was reported that three more areas – two in Selangor and one in Sarawak – had been placed under enhanced MCO due to a spike in Covid-19 cases in these localities.

Meanwhile Comm Noor Azam said a police officer from Subang Jaya police headquarters and his wife who works at the Kajang personnel branch had tested positive for Covid-19.

"We also have 44 personnel under home quarantine at the moment," he said, adding that his personnel were prepared to face these situations.

He said they had been in a similar situation including in Pandamaran and Gombak.

"In Pandamaran, 33 tested positive but in Gombak it was only isolated to one section.

"In instances like Pandamaran, we closed the police station and diverted everyone to the nearest neighbouring ones," he said. 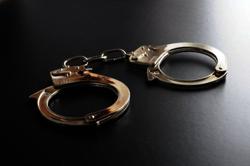