Jagdeep said they welcome all feedback and want to give opportunities to Penangites to give their views on plans slated for Penang Hill.

“The public participation period is from now until Dec 28, with SAP counters open to the public for two months at three locations in Penang, ” he said.

Penang Hill Corporation general manager Datuk Cheok Lay Leng said the hill is a sensitive area so the SAP’s spirit is not to develop the hill but to manage it carefully.

“We want to ensure sustainable development on the hill so that future generations can enjoy it, ” he said, adding that an independent consultant is studying the proposed cable car station locations and will submit a report soon. 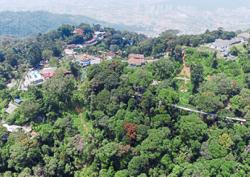