Miri Civil Defence Unit with the python found in the storeroom which was later released into the wild.

MIRI: A family living in Kampung Charcoal here had a surprise guest to deal with on Saturday (Oct 24) when they found a python in their house.

The Miri Civil Defence Unit said it received a call when the family found the snake inside the store of their house along the Miri-Pujut road.

"The family was searching for their pet kitten that had gone missing inside the house. While looking for their cat, they found the big snake inside the storeroom and immediately alerted us," said Miri unit chief Capt Usman Harto.

He added that three members of the unit managed to subdue the python and capture it alive, adding that its body was as thick as a man's arm.

Capt Usman also said the captured python was later released into its natural habitat in away from humans. 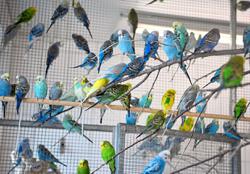 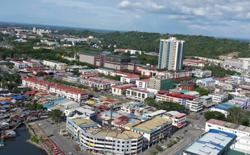