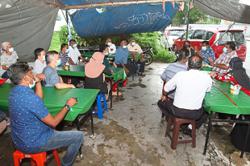 KUALA LUMPUR: The police will call up Selangor Mentri Besar Datuk Seri Amirudin Shari (pic) to Bukit Aman soon to give a statement over claims he breached the self-quarantine order to fight Covid-19.

Bukit Aman Criminal Investigation Department (CID) deputy director DCP Mior Faridalathrash Wahid said the investigation was being carried out following a statement on Amirudin’s Twitter account apologising over the matter, saying he did it to check on the water disruption in Selangor.

“He has been called to give a statement to help with the investigation and several witnesses will also be called up, ” he said yesterday.

The case is being investigated under Section 15 and Section 22 (B) of the Prevention and Control of Infectious Diseases 1988 for not complying to a valid directive issued by any authorised officer.

On Oct 4, Amirudin apologised on his Twitter for breaking quarantine to look into the river pollution that caused two water treatment plants (WTP), Sungai Semenyih and Bukit Tampoi, to stop operating.

On the same post, Amirudin said he had taken the necessary measures, including wearing a face mask, and that subsequent Covid-19 tests, which he did twice, were negative.

Amirudin was ordered to undergo home quarantine by the Health Ministry upon his return from Sabah, which held its state election last month. — Bernama