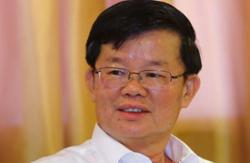 GEORGE TOWN: The Penang government announced that the first phase of a cash payment programme for single and elderly mothers, which was initially scheduled to start on Oct 24 and 25, has been postponed until further notice.

State environment and welfare committee chairman Phee Boon Poh said the decision to postpone the programme was made at the state council meeting on Wednesday.

“The decision was made due to the spike in Covid-19 cases in Penang as well as concerns for the safety of Penangites, especially for elderly mothers who are more vulnerable.

“The delay depends on the Covid-19 situation and if it is still not better by the end of the year, then we may have to postpone it until next year, ” he told reporters here yesterday.

According to Phee, 11,705 single mothers and 49,176 elderly mothers in Penang had registered for the RM100 programme.

He encouraged the participants to open a bank account to enable the payment to be made directly via Electronic Fund Transfer (EFT).

“The EFT method would not only make it convenient for both the recipients and the state government for fund transfer, but it is also a much safer alternative instead of waiting in a long queue to collect the cash in person, especially during the Covid19 outbreak, ” Phee said.

Application for the EFT method can be done at any district office or state assemblyman service centre, or update one’s bank information digitally at isejahtera.penang.gov.my. — Bernama