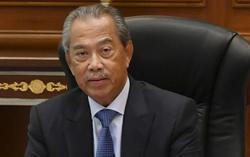 A view of the central part of Miri City where the state elections will be hotly contested. - Stephen pic

MIRI: A business tycoon is being earmarked by the ruling Gabungan Parti Sarawak (GPS) as a potential candidate for a "hot seat" here in Miri city for upcoming the 12th state election say sources.

The sources told The Star on Friday (Oct 23) that the GPS is considering fielding the tycoon as a GPS-direct candidate.

Piasau and Pujut are volatile seats which have changed hands between the ruling coalition and the Opposition during the state elections over the past 15 years.

Senadin is where the ruling coalition won with a slim majority in past elections.

These three seats in Miri have traditionally been contested by the Sarawak United Peoples Party (SUPP) which is a GPS coalition partner.

The source who is familiar with GPS said that the GPS central leadership at the state level is considering placing the business tycoon in one of these three hot seats.

"One of the incumbent SUPP leaders in Miri may be asked to contest the Miri parliamentary seat.

"He may be asked to make way for this tycoon in this state election.

"This Miri SUPP leader may be asked to play only an advisory role in this coming state elections," said the source.

The tycoon is supposedly involved in numerous sectors related to the construction and property industries.

The GPS is widely expected to dissolve the state legislative assembly in the middle of next month during its session scheduled for Nov 9 to 18.

It is said that the dissolution will be immediately after the state's Budget 2021 is tabled and passed.

That will pave the way for the Election Commission (EC) to hold the state polls within 60 days from the date of dissolution.

GPS now controls 68 of the 82 state constituencies in this vast state. 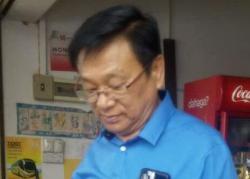