Duo nabbed by graft busters believed to be coordinators

KUALA LUMPUR: Two men who were among those detained by the anti-corruption body recently for money laundering are believed to be the coordinators for scams targeting victims in China, say police.

“The call centres, which operated from luxury residences and offices, are equipped with computers and telecommunication devices.

Comm Huzir said the claims by some people that the two men detained by the Malaysian Anti-Corruption Commission (MACC) recently were connected to online scams in Malaysia were not correct at all.

He said the men were known as Addy Kanna and Goh Leong Yeong, also known as Alvin.

“Allegations that Addy Kanna would be released are not true as he has since been detained under the Prevention of Crime Act (Poca).

“We are still tracking down Alvin who fled from the MACC headquarters on Oct 11.

“Both men have nothing to do with scams or Macau scams in this country,” he said.

Comm Huzir was commenting on a video that had gone viral about a week ago which supposedly depicted a victim and an online scammer.The conversation indicated that the scammer was supposedly connected to the syndicate involving a man known only as Addy Kanna, who was detained by graft busters two weeks ago in connection with laundering proceeds from Macau scams and online gambling.

In the conversation, which lasted 13 minutes and 34 seconds, the victim, who suspected he was being scammed, decided to provide incorrect personal details after the scammer claimed he was connected to a delivery of a parcel at a post office in Sabah.

The scammer would then admit he was part of Addy Kanna’s group after initially introducing himself as a police officer from the Sabah police contingent.

After the “truth” was revealed, both men seemed to talk nicely while the victim apologised profusely for scolding the man who tried to scam him.

The scammer even hinted that Addy Kanna would be freed easily due to his connections with political leaders while claiming that the scams generated millions of ringgit for the cartel as victims were not vigilant.

Comm Huzir rubbished the video clip, saying that what was alleged was untrue.

“We will reveal more information on the illegal activities of the two men soon to set the record straight and to ensure Malaysians get the right facts,” he said.

Comm Huzir previously said police were looking for the man who fled after being released by MACC on Oct 11.

He said 32-year-old Goh’s last known address was at a condominium in Jalan Cheras.

The suspect is wanted for three online gambling cases in Cheras.

The police believe he is behind the illegal online gambling syndicate in Kuala Lumpur and Cheras.

He escaped shortly after he was released by MACC on bail, said Comm Huzir.

He urged anyone with information to contact Cheras CID chief Deputy Supt Ahmad Zamri Jai at 012-899 3622 or investigating officer Insp Muhamad Faizal Asuar at 017-312 6411 or the nearest police station.

On a related matter, Comm Huzir said three other men had been detained under Section 4(1)(a) of Poca from Oct 14 until Nov 3.

“They were detained for allegedly being involved in hosting online gambling in Kuala Lumpur and Selangor.

“They were detained right after they were released by MACC recently,” he said, adding that they were earlier detained by MACC due to their involvement in Macau scams. 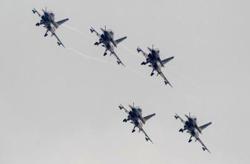 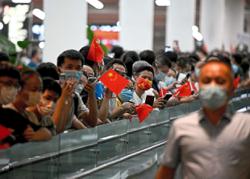