KUCHING: Sarawak is committed to preserving religious harmony among its people, which is the state's beauty, says Datuk Patinggi Abang Johari Tun Openg.

The Chief Minister said such harmony was evident among the state's leaders who would not hesitate to assist those from other faiths.

For instance, he said that last Saturday (Oct 17), he performed the earth-breaking ceremony for a RM10mil mosque in the upriver town of Belaga.

"You know who asked for that mosque? It was (Belaga assemblyman) Datuk Liwan Lagang.

"He's non-Muslim, but he said why not build a mosque in Belaga for the Muslims. That is the beauty - a non-Muslim looking after the welfare of Muslims.

"We must protect this beauty of Sarawak. Of course, we have built a RM10mil church in Belaga also," Abang Johari said at the earth-breaking ceremony for the Unit for Other Religions (Unifor) complex at Jalan Ong Tiang Swee here on Tuesday (Oct 20).

"If over there (in Peninsular Malaysia) a Muslim gives an allocation for a church, that would be the end, no chance to win in an election.

"But this is the beauty we have in Sarawak," he said. An artist's impression of the new Unifor complex in Kuching.— ZULAZHAR SHEBLEE/The Star

Abang Johari said the state government had a collective responsibility to protect the harmonious relationship in Sarawak.

He said the state leaders held a common philosophy that religion was a pillar for the people to do good and be disciplined in facing the challenges of life.

"When I proposed that we should have a building for Unifor, everybody (in the state Cabinet) supported it," Abang Johari said.

He added that the Unifor building, once completed, would reflect the religious harmony in Sarawak.

Deputy Chief Minister Datuk Amar Douglas Uggah, who is the minister in charge of Unifor, said the new building would be constructed on a 1.214ha site with an allocation of RM70mil from the state government.

He said the 10-storey complex would have a two-storey convention centre, banquet hall seating 1,000 people and commercial space as well as green building features.

"The construction of this complex is a milestone in Unifor's history. It will be a landmark symbolising unity among Sarawakians of different faiths," he said.

Uggah also said Unifor was set up on April 27,2017, under the Chief Minister's Office to look after the welfare of non-Islamic religions and provide financial assistance for the physical development and upgrading of their houses of worship.

"It is also a platform to amicably discuss any issues should they arise with a view to protect the existing harmony and unity in the state," he said.

To date, Unifor has undertaken 520 infrastructure projects across Sarawak with an initial allocation of RM15mil from the state government in 2017, followed by RM20mil, RM30mil and RM50mil from 2018 to this year.

In addition, the state government has approved RM40.59mil under Projek Rakyat for similar projects.

"This is evidence that the Gabungan Parti Sarawak (GPS) government under the Chief Minister is fair to all and a clear manifestation of his inclusive policies," Uggah said. 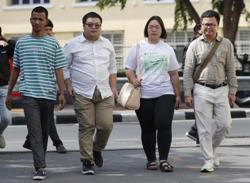 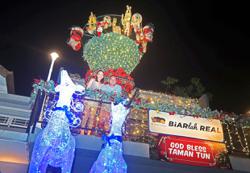