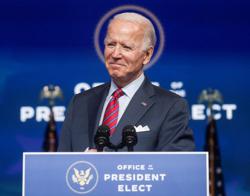 Sessions Court Judge Norashima Khalid fixed Dec 21 to 23 for the trial to start, pending the outcome of Yong’s appeal at the Federal Court for the case to be heard at the High Court instead of the Sessions Court.

She also set the dates, as Yong's two main lawyers, Datuk Rajpal Singh and Salim Bashir from Kuala Lumpur were unable to cross state borders due to the conditional movement control order (MCO) in the Klang Valley.

Yong’s counsel Surinder Singh told reporters outside the court that he requested for new dates due to the conditional MCO and the mention date on Oct 14 at the Federal Court having to be postponed.

Norashima also set Nov 20 for mention of the case.

Deputy Public Prosecutor Azhar Mokhtar requested trial dates to be set first since there as been no decision by the Federal Court yet and the two lawyers not being able to be present in court.

“It will be good if the court could set trial dates first as this case has been prolonging for a long time now.

“The first two main witnesses have been placed at a safe house for 15 months now, thus I am hoping the trial can start as soon as possible, ” he said.

In February this year, the Court of Appeal had dismissed Yong’s appeal to transfer the case to the High Court, resulting in an appeal application made at the Federal Court.

In August last year, Yong had pleaded not guilty to raping his former 23-year-old Indonesian maid at his house.

The act was said to have been committed in a room on the top floor of his house in Meru Desa Park on July 7, between 8.15pm and 9.15pm.

‘Travel bans rescinded’
KL, Sabah and most of Selangor stay under CMCO
Caring for its members at all times
Bung Moktar: Umno to sit out Bugaya by-election
161,909 single mums to receive RM300 special aid
The future is in technology
Sultan Nazrin tells Perak state leaders to find best way forward
‘Rep must get majority support’
Ousted Perak MB submits resignation to state Ruler
Desperate to ride out the pandemic