The MCA president said this following claims by Lim and Kluang MP Wong Shu Qi that the party was linked to the news website.

"If you are unhappy with The Coverage, please lodge a report with the MCMC (Communications and Multimedia Commission) like what MCA is doing," Dr Wee said in a Facebook post on Sunday (Oct 18).

He also said Lim and Wong could face legal action if they failed to stop slandering MCA over the issue.

Dr Wee asked why they claimed the website was connected to the MCA or was its propaganda tool when The Coverage had tried to damage the party's reputation recently by recycling stories that were published years ago.

"Why would a 'MCA-related website' want to injure MCA too?" he said.

In a blog post on Friday (Oct 16), Lim thanked Wong for identifying "shadowy characters" behind The Coverage for publishing false news against him.

In response, Dr Wee said while the portal's majority owner (Shen Yee Aun) was a former supporter of the MCA president who stood down in 2013, he was also a DAP leader.

He also said the individual in question was never an MCA member but was a DAP member and youth leader. 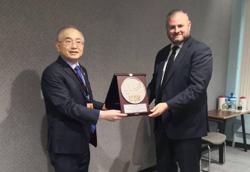