KUALA LUMPUR: The police are looking for 32-year-old Goh Leong Yeong (pic), who fled after being released by the Malaysian Anti-Corruption Commission (MACC) on Sunday (Oct 11). 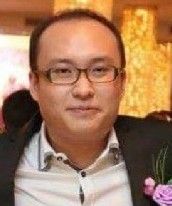 "The suspect is wanted for three online gambling cases in Cheras. We believe that he is behind the illegal online gambling racket in Kuala Lumpur and Cheras," he said in a statement Friday (Oct 16).

The suspect had escaped shortly after he was released by the MACC on bail.

"He was detained by the MACC due to alleged involvement in a Macau scam," added Comm Huzir.

"The cooperation of the public is much appreciated," he said.

On a related matter, Comm Huzir said three other men have been detained under Section 4(1)(a) of the Prevention of Crime Act (Poca) from Oct 14 until Nov 3.

Comm Huzir said that the three were previously detained by the MACC due to their involvement in a Macau scam.