SEREMBAN: Police are looking for three men to assist in investigations involving an investment scam which promised monthly returns of between 10% and 13%.

Supt Aibee said the man claimed he was invited to invest the sum in a scheme in March 2017.

“The victim was attracted by the promise of high monthly returns and issued a cheque for the amount to a company.

“He was supposed to receive the profits from his investment in October the same year but nothing came,” he said in a statement.

Supt Aibee said the victim approached the company for an explanation on several occasions but they gave various excuses.

The company, which changed its name in 2018, promised the victim that his money would be returned but he waited in vain.

The victim got tired of being given the

runaround and finally decided to lodge a report.

Police are looking for Chang Tack Hwa, 53, from Klang, Lee Chong Liang, 38, from Rawang, and Soon Beng Gee, 39, from Bandar Hilir, Melaka to help in investigations. 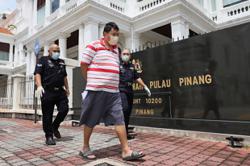