PETALING JAYA: The Academy of Medicine of Malaysia (AMM) has urged the government to enforce a targeted enhanced movement control order (MCO) in Kuala Lumpur, Putrajaya and Selangor rather than a statewide conditional MCO.

As of Oct 12, two of the nine districts in Selangor were green zones, with six of them being yellow zones. Within those six yellow zone districts, 26 out of 41 subdistricts do not have any active Covid-19 cases.

“We recognise that as the economic centre of the country, the Klang Valley is densely populated, which makes it difficult to draw boundaries for enforcing a targeted enhanced MCO but the government must not jeopardise the livelihoods of Malaysians in Selangor’s green zones,” said AMM in a statement.

AMM, a registered body representing medical specialists in Malaysia, said the government should issue guidelines that were consistent.

“Certain red zones in Sabah have been under targeted enhanced MCO since Sept 28, while the same was enacted in Klang, Selangor on Oct 9.

“That same day, it was announced that weddings would be allowed in these areas on the condition that they comply with the standard operating procedure (SOP).

“This is counterproductive to the targeted enhanced MCO’s aim of containing the spread of the virus.

“However, as of the Oct 12 announcement of a statewide conditional MCO, weddings are no longer allowed,” said AMM.

“These guidelines must also be communicated clearly and in detail to the public to minimise confusion and ensure maximum compliance,” said AMM, which also argued that all future MCOs must not prevent the public from enjoying outdoor activities.

“Outdoor activities are important for maintaining both mental and physical health during the pandemic. A global survey on Covid-19’s impact on people’s behaviour found that 44% of Malaysians felt their mental wellness declined, while 56% of Malaysians reported having done less physical activity during the MCO period.

“The outdoors are relatively low-risk settings for virus spread and studies have found that natural environments are beneficial for one’s mental health. Moreover, we must strike a balance between battling Covid-19 and non-communicable diseases, such as diabetes and hypertension, which are also prevalent in our population.

“Team sports can be put on hold but Malaysians must be given flexibility to maintain their mental and physical health by going outdoors,” said AMM.

AMM, while acknowledging that the government has been trying to balance livelihoods with fighting a pandemic since businesses and public life reopened in June, noted that the national unemployment rate reached a record high of 5.3% in May following the first MCO on March 18.

“This number went down to 4.9% the following month as the country transitioned into recovery MCO. This progress must not be undone with the reintroduction of the conditional MCO in the entire Klang Valley and Sabah.

“Despite the government’s efforts to minimise economic impact by allowing many businesses to remain open, it is SMEs, low-income and vulnerable groups who have yet to recover from the first MCO that will likely be most affected,” it said. 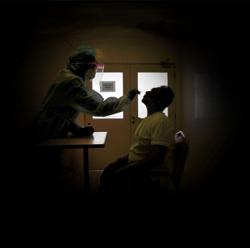