SAPP decides to sit out Batu Sapi by-election as well KOTA KINABALU: SAPP has become the fourth party to keep out of the Batu Sapi by-election following the death of Datuk Liew Vui Keong.

SAPP president Datuk Yong Teck Lee said they have no plans to field a candidate in the Batu Sapi by-election.

“As for the Perikatan Nasional parties, this matter has yet to be discussed, ” he said.

Prior to this, the former chief minister had said the party would only decide on this matter after the Election Commission (EC) makes an announcement on the by-election date.

Earlier, Barisan Nasional, Parti Cinta Sabah and Sabah STAR had already said they wouldn’t contest in the by-election due to various reasons, including Covid-19 concerns.

The Liberal Democratic Party (LDP), however, said it might contest in the seat come Dec 5.

“It is too early to tell, we will monitor the Covid-19 situation first before making any decision, ” said its president Datuk Chin Su Phin.

He said LDP might field their candidate if the situation has improved tremendously.

The state seat became vacant following the death of Liew, believed to be due to a lung infection on Oct 2.

The former minister in the Prime Minister’s Department was earlier admitted to the Jesselton Medical Centre for a slipped disc prior to the Sept 12 nomination day for the Sabah state election and was transferred to the Gleneagles Hospital for further medical attention.

His condition took a turn for the worst when he was diagnosed with a lung infection. 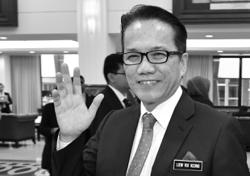 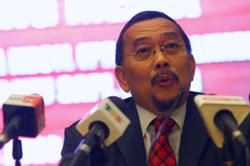