KUALA LUMPUR (Bernama): The Bukit Aman Commercial Crime Investigation Department (CCID) is ready to cooperate fully with the Malaysian Anti-Corruption Commission (MACC) in its investigation on its personnel’s involvement with an online gambling and money laundering syndicate.

Its director Datuk Zainuddin Yaacob said the department would not try to protect its personnel if they were suspected of being involved in such activities.

"I will not compromise with regard to cases being investigated by certain parties. I will not protect them, ” he told Bernama when met on Tuesday (Oct 13).

He added that his department was ready to help with the investigation process, including in obtaining information and conducting further investigations if its assistance was needed by the MACC.

He added that the CCID was also involved in the probe on the online gambling and money laundering syndicate through its team investigating offences under the Anti-Money Laundering Act (AMLA).

The syndicate is believed to involve celebrities and policemen as well.

On Sunday, Bernama reported that the seven cops who were remanded to help with the investigation on the online gambling and money laundering syndicate, were released on MACC bail.

Immediately upon release, they were detained by the Bukit Aman CID the same day to assist with the probe under the Crime Prevention Act 1959 after the case was classified as syndicated crime and those involved were suspected of abuse of power as well as protecting the syndicate and receiving gratification in the form of cash and other items.

On Oct 8, MACC chief commissioner, Datuk Seri Azam Baki said it had detected hundreds of dummy companies set up to help the syndicate evade detection by the authorities.

The MACC also seized 23 luxury vehicles of various makes as well as several high-performance motorcycles owned by members of the syndicate. - Bernama 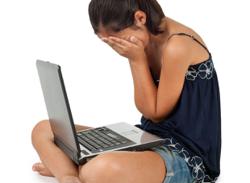