Most fake news related to governance 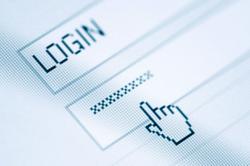 Through its Sebenarnya.my portal that traces debunked fake news since 2017, the data shows that 37% of fake news was related to governance.

“This includes false claims of ministry or agency programmes, such as the Bantuan Sara Hidup (BSH) and Bantuan Prihatin Nasional (BPN) cash aid.

“Others are related to government document leaks and impersonation of ministers, ministries or agencies through fake social media accounts, ” an MCMC spokesperson said in an interview. Crime-related news, he said, accounted for 14% of false news, such as those relating to scams or fraudulent activities, kidnapping and human organ trafficking.

“Another 14% of false news was health-related, such as false claims relating to the Covid-19 pandemic and other outbreaks like the Severe Acute Respiratory Syndrome (SARS) and Influenza A (H1N1) virus.

“Consumer issues accounted for 13% of fake news, including those relating to the halal status of products, food contamination, unregistered products and cosmetics without certification.

“Nine percent of fake news is security-related, such as claims of illegal immigrants entering through national borders and the implementation of the movement control order, ” he said.

Developed by the MCMC, the Sebenarnya.my portal is for the public to check the authenticity of news spread through social websites, curb the spread of false news and to ensure that they received genuine news.

The related information is gathered, analysed, validated and uploaded to the portal for public reference.

The portal has identified and debunked tens of thousands of false news items of public interest being spread in the country.

“The portal focuses on local news or issues of public interest that can be verified by the official channels of government agencies.

“It relies solely on official verification or refutation made by the respective authoritative bodies within their jurisdiction, ” he said.

In a climate where sharing fake news has become commonplace, he said it was important to rely on trustworthy and strong-willed fact-checking services to vet information, which is where Sebenarnya.my comes into play.

“The portal recorded over 203 million hits since it was set up in March 2017, with an average 4.8 million hits a month.

“It has also received over 11,000 tip-offs from the public on suspicious information or news that has not been verified.

“This shows that the public are now more sensitive and aware of the risk of fake news, ” he said.

Calling on the people to be more than just being informed, he said they must also “be vigilant” about verifying information before posting it on social media.

“User empowerment and advocacy are key in fostering public awareness on fake news as well as cultivating the practice of checking and verifying a news item, ” he said.