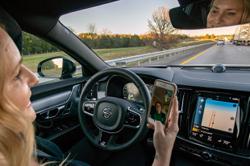 SINGER and actress Daiyan Trisha (pic) says rumours about her being in a relationship with fellow actor Ben Amer are not true.

According to Kosmo!, the 26-year-old had asked her fans not to make any speculation after a photograph of them having dinner at a cafe recently was posted online.

“I am comfortable around Ben, but there is no special relationship between us although we have known each other for a long time.

“We met because Ben wanted to give me Sambal Budak Camping, which he produced, ” she said.

Daiyan, who is currently working on a new drama, Semanis Senyum, said she was shocked when netizens started gossiping about them.

> Kosmo! also reported that a female attendant at a toll booth in Shah Alam Expressway (Kesas) had a shock when a disgruntled driver splashed a packet of iced Milo on her.The incident occurred at about 9.30am on Monday. CCTV images showed the driver of a car at the booth manned by the attendant.

She said the driver insisted on reloading his Touch ‘n Go card although there was no such service at her booth.

She then told the driver that she could not do it and asked him to go to another booth nearby.

The irritated driver managed to reload his card before driving off, but suddenly returned to tell her off before splashing her with the iced Milo. 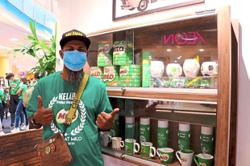