Najib's appeal in SRC case to be heard next February

KUALA LUMPUR: The appeal filed by former prime minister Datuk Seri Najib Razak (pic) against his conviction and sentence in the SRC International Sdn Bhd trial will be heard on Feb 15 next year.

The dates for the 12-day hearing was fixed by Court of Appeal deputy registrar Darmafikri Abu Adam during case management in Putrajaya on Thursday (Oct 1).

On July 28, the Pekan MP was convicted of one count of power abuse, three counts of criminal breach of trust (CBT) and three counts of money laundering involving RM42mil from SRC International.

High Court Justice Mohd Nazlan Mohd Ghazali sentenced him to 12 years in jail and a fine of RM210mil, in default of five years' jail for the single count of abuse of power.

The court ordered for the jail time to run concurrently, and also allowed for a stay of execution pending an appeal.

Najib is currently out on a RM2mil bail with two sureties. 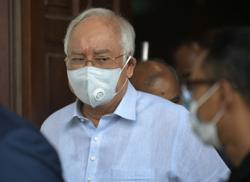 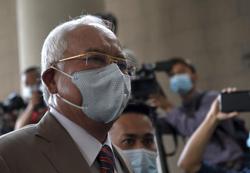