Istana Negara Comptroller of the Royal Household Datuk Ahmad Fadil Shamsuddin said the King had food poisoning on Sept 21 night and was admitted to the National Heart Institute (IJN).

He then underwent intervention treatment after a magnetic resonance imaging (MRI) scan done the next day showed that he had suffered injuries while playing sports.

“As it is well known, His Majesty is very active in various sports including polo, football, squash, hockey and golf.

“Intervention treatment done on His Majesty’s knees and ankles went successfully on Sept 24.

"His Majesty's condition is now stable and not worrisome.

“Following the intervention treatment, His Majesty was advised to undergo follow-up treatment under the observation of IJN specialists.

“Al-Sultan Abdullah is scheduled to return to Istana Negara soon after completing this follow-up treatment, ” said Ahmad Fadil in a statement on Monday (Sept 28).

He said that the King was touched with the rakyat’s concern over his health and wellbeing, and that His Majesty expressed his appreciation and thanked everyone who had prayed for him.

The King also voiced his concern about the rising number of Covid-19 cases and advised the rakyat to always be careful and to adhere to the new normal, said Ahmad Fadil.

“His Majesty is also worried over the increase of Covid-19 positive cases in the peninsula due to returnees from Sabah from Sept 20 to Sept 27 whereby 36 cases were recorded,” said Ahmad Fadil.

He added that the rakyat is urged to pray for the recovery of the King and also for His Majesty to be blessed with long-lasting good health. 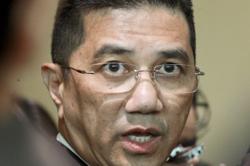 Unite to fight the pandemic, Perikatan urges all political leaders