Condo residents have had enough of troublesome homestay guests

BUTTERWORTH: Residents of a condominium block here held a peaceful protest over “inaction” against noisy homestay guests for the past eight months.

Holding placards and banners to voice their disappointment, about 50 residents gathered in front of the condominium yesterday to demand the authorities to take action.

V. Vikeneshvaran, 33, said he and his family had had enough of the boisterous guests.

“I have been observing this situation ever since my family and I moved here about eight months ago.“Even after complaining to the security and management, the problem still persists, ” he told reporters, claiming that many facilities at the condominium had also been vandalised by these short-term guests.

Another resident, Peter Chin, 43, said there was even an incident where two security guards were beaten up for warning guests not to cause disturbance.

Chin believes that more than half of the condo units were operating as homestays, and did not observe proper standard operating procedure during the movement control order period.

“This has been a safety concern for us, especially those with kids and senior citizens. We just want our normal life back, ” he said.

Mohd Eaffendy Razali, 38, said the attitude of some homestay guests was disruptive.

“This is a home, not a hotel and we want to live peacefully, ” he said.

The residents also confronted one of the homestay operators who was present during the gathering.

Speaking to reporters, the operator, who identified himself as Terence Beh, said his company had complied with “proper procedures”.

Beh said they even had a check-in counter for guests at the condominium, where his company manages 18 units as homestays.

“We have a set of rules for our guests and they have to follow regulations before they can be accepted as our guests, ” he said.

However, Beh said he was not responsible for the behaviour of the guests.

Meanwhile, Bagan MCA division chairman Tan Chuan Hong said the residents had approached their state assemblyman for help. He said the Seberang Prai City Council (MBSP) was duty-bound to look into the problem as homestay licences were approved by the council.

“When such a problem arises, MBSP should at least investigate whether the operator had applied for a licence. If the operator is found to be operating a homestay illegally, MBSP should enforce the law instead of telling residents that there is no solution.

“If the concerned authorities do not take action, then who else will?” Tan asked, urging developers and management of such condominiums to consider the well-being of the residents before allowing homestay operations.

law when engaging in the homestay business.

Bagan Dalam assemblyman Satees Muniandy said he was aware of the problem and met the affected residents some time ago.

“After we met, I immediately wrote a letter to MBSP, suggesting to stop all short-stay services.

“In fact, last week I met the secretary of the MBSP to highlight the issue, ” he said, adding that there were no guidelines by the Housing and Local Government Ministry to regulate apartments providing such short-term rental services.

Furthermore, the condominium in question was built on a commercial title, and was not “fully residential”.

Satees added that it was the management’s prerogative to allow short-stay services.

“The only way the residents can overturn the decision is by having an EGM and have their own house rules to stop such services, ” Satees said. 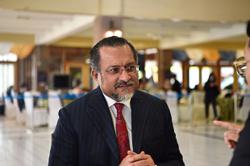 Homestay guests are not ‘tenants’ 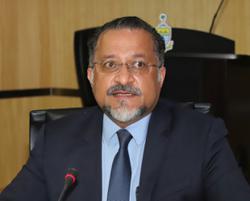