IPOH: Over 20 daily licensed petty traders are crying foul for not being able to trade outside the Jelapang market since the movement control order (MCO) went into force on March 18.

These traders conduct their business outside different markets in Ipoh, usually by setting up tables, placing items on the floor, or by selling products from their vans.

Since June and the easing of some MCO restrictions, they have been allowed to trade outside other markets in Ipoh according to their roster – all except for the Jelapang market.

Spokesperson Chai Wai Keat, 52, said even after the recovery MCO was announced, they were not allowed to trade outside this specific market.

Chai, who has been selling general items for the past 25 years, said his income had dropped by some 60%.

He said when the traders checked with the Ipoh City Council, they were told the decision came from the police.

However, when they enquired at the police station, they were told that this comes under the jurisdiction of the council and it had nothing to do with the police.

“We have brought our grouses to the local assemblyman as well, but to no avail, ” he told reporters after Perak MCA public services and complaints bureau chief Low Guo Nan visited them at the market.

Fruit-seller Chai Chee Leong, 56, said he had no choice but to rent a stall within the Jelapang market for RM750 per month to do business.

He said usually roadside traders only had to pay RM672 per year to the council, but because he was not allowed to trade outside, he had no choice but to rent a stall inside the market.

“I don’t understand – traders like us are allowed to do our business at other markets, but just at the Jelapang market we are facing problems, ” he added.

Low said 21 traders have been affected for about six months now.

“I have referred the matter to the council as well as to the Jelapang police station, but both parties are passing the buck to the other.

“The council is saying that the instructions come from the station, despite markets being under the supervision of the council.

“However, the police station informed me that the police were not stopping anyone from trading, as long as the standard operating procedure is adhered to, ” he added.

Low said there were 19 markets under the supervision of the council, and petty traders were allowed to do business outside market premises – except for the Jelapang market.

He promised the traders that he would speak to the councillor in charge, Chan Soon Yip, and even suggested a meeting between the three parties be held as soon as possible.

“I am hoping a meeting can be held maybe on Oct 5 at the state MCA headquarters, ” he added.

The Star has reached out to city council for comments and will provide an update on this issue if there is a response. 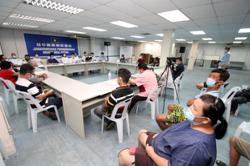 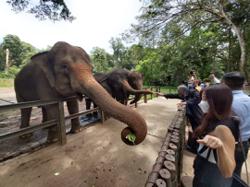