"In addition, farmers are at liberty to trade freely on their own until May 31, 2021. RPDR-PKPP will endeavour to improve the terms in order to create a mutually beneficial scheme for all parties concerned.

In relation to that, RPDR-PKPP claimed to have recorded an increase in registrations for the legalisation scheme following continuous engagement with durian farmers.

"Within this week, an additional 26 farmers expressed their interest in the legalisation scheme and decided to register themselves, further demonstrating the farmers' increasing willingness to mutually work with RPDR-PKPP in resolving the issue of illegal farming in Raub through a mutually win-win formula," the company said.

RPDR-PKPP also said it had fulfilled its earnest sum payment obligation to Perbadanan Setiausaha Kerajaan Negeri Pahang which was due in September, reflecting the company's strong financial capability.

On another matter, the company said that allegations of a purported monopoly of the Malaysian and Raub durian industry were baseless.

"In fact, based on the official Fruit Crop Statistics 2018 of the Agriculture Department, the entire harvested acreage for durian farms in Peninsular Malaysia amounted to 39,959 hectares.

"In Pahang, total farm size amounted to 11,042.27 hectares whereby durian planting farms in the district of Raub stood at 8,574 hectares," it said.

The company said it would maintain its commitment to allocate no less than 30% of total tonnage produced in the illegal farms back to the farmers, local collectors, traders and local durian processing plants.

Meanwhile, the Raub Musang King Farmers' Cooperative Preparatory Committee proposed an equal partnership with the state government which would be conditional on appreciating the hard work of the farmers.

The farmers also proposed a lease agreement with the state government with a lease term of 30 plus 30 years to sustainably develop the durian industry together and to strengthen the position of Raub and the state as the leading producer of Musang King durian in the world.

"With a land lease from the state government, durian farmers will be able to apply for Malaysian Good Agricultural Practice at their own expense," it said.

The committee also pointed out that the Sungai Chalit RPS land was created via the Security Relocation Scheme initiated by the Agriculture Industrial Development Board in 1978 with 128 participants who were now also subjected to the land acquisition map by RPDR-PKPP.

"The cooperative steering committee is of the opinion that the Sungai Chalit RPS land should not be involved in any proposal or acquisition scheme by any company or corporation because the residents should be given a land of two to eight acres per family as promised by the state government at the beginning of the plan," said the committee. 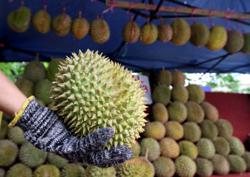 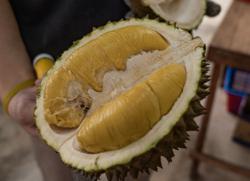