KUALA LUMPUR: A group of masked men armed with parang ambushed a jewellery salesman in a Toyota Hilux along the Besraya Expressway in a daring afternoon heist.

They blocked the victim and his driver and dragged them out of the vehicle before speeding off at about 3.35pm on Monday.

“We received a report about the incident from a jewellery shop salesman who claimed that he and his driver were attacked and robbed while they were driving from Kuchai Lama to Sungai Besi,” said Brickfields OCPD Asst Comm Zairulnizam Mohd Zainuddin @ Hilmi.

“He claimed that two black Toyota Hilux blocked their way.

“Three armed masked men then approached their pick-up truck and smashed the windows before dragging them out of the vehicle,” he said in a statement yesterday.

The culprits, who wore ski masks, sped off in all three vehicles together with an undisclosed sum of cash and jewellery.

“Both the salesman and the driver suffered injuries from the broken windows.

“The estimated losses are being investigated,” he said, adding that investigations revealed the complainant had dealings with several gold shops in Kuala Lumpur.

ACP Zairulnizam said police found a burnt wreckage believed to be the victim’s Toyota Hilux in the Damansara area in Petaling Jaya.

Police were also investigating whether the case was linked to the security van heist in Rawang in July involving over RM2mil in losses.

In that case, armed robbers had tailed the van before carrying out the attack.

They later torched the vehicle near a factory in Sungai Bakau.

Those with information are urged to contact the police at 03-2297 9222 or go to the nearest police station. 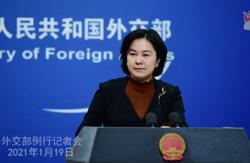