PETALING JAYA: Tenaganita has urged the prosecution to file new charges against a woman who was acquitted by the Court of Appeal of murdering her Indonesian maid Adelina Lisao.

The migrant workers' right group said that the only way to eliminate serious abuse and exploitation towards any person is for perpetrators to be prosecuted and jailed.

"We must put an end to the climate of impunity afforded to employers or any perpetrators, who abuse, cheat, severely harm and even carry out acts that lead to the deaths of domestic workers, with little consequence to them," they said in a statement on Tuesday (Sept 22).

Tenaganita said they were made aware that the prosecution had 10 days to re-charge the perpetrator with another charge.

They hoped that Ambika could be charged under section 304 of the Penal Code for culpable homicide.

"Adelina was so brutally and severely abused by the employer that her body could only succumb to death. She was found with severe injuries on her head and face, and infected wounds on her hands and legs," they said.

Adelina died at the Bukit Mertajam Hospital on Feb 11,2018 after being rescued a day earlier from the house, where she was found sleeping on the porch with a dog.

She had wounds on her body and died of multiple organ failure. 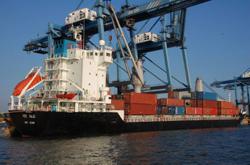