KUALA LUMPUR: Datuk Seri Anwar Ibrahim and the Federal Territories Pardons Board have failed to strike out a lawsuit filed by a lawyer who challenged the legality of the royal pardon he received two years ago.

High Court judge Justice Akhtar Tahir made the decision after finding Mohd Khairul Azam Abdul Aziz, as a member of the public and a lawyer, has locus standi to file the originating summons.

In his ruling, the judge said the Yang di-Pertuan Agong had carried out his executive function when he granted the pardon to Anwar and therefore it involved procedures and laws where the exercise of executive powers could be questioned.

“If it involves the executive power, why can’t it be heard and tried in court?” the judge said here yesterday.

The court also opined that there were triable issues that needed to be heard in full.

The case, he added, was not a clear cut case which could summarily be dismissed.

Justice Akhtar said it was only proper to initiate the proceedings, as evidence, including oral evidence, could be called.

“This is a civil matter that must be proven on the balance of probabilities.

“I am dismissing the (striking out) applications by both defendants with no order as to costs,” he said.

The court then fixed Feb 18 next year for case management and trial dates are set for March 24-26 next year.

Meanwhile, Khairul Azam’s lawyer Mohamed Haniff Khatri Abdulla told the press that the court was of the view that his client had locus standi to file the action as this was regarding the Federal Constitution.

“As a member of the public, my client has the right to file the action. And not only that, he is a qualified person, he is a lawyer and capable of making his case,” Haniff said.

On Feb 26, Khairul Azam, 43, sued the Pardons Board and Anwar over the latter’s royal pardon relating to his sodomy conviction involving Mohd Saiful Bukhari Azlan.

Khairul Azam, who is the sole plaintiff, named the Pardons Board and Anwar, 73, as the first and second defendants, respectively. 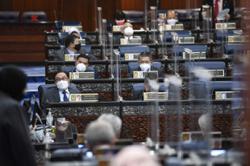