MELAKA: The Human Resources Ministry will bring up the grouses of employees in the Cabinet regarding additional assessment notices issued by the Inland Revenue Board (LDHN) for e-filings submitted several years ago.

Its minister Datuk Seri M Saravanan said that he would bring up the matter with Finance Minister Tengku Datuk Seri Zafrul Abdul Aziz to assist employees slapped with additional taxes.

"It would be hard for affected employees to pay taxes during this period of time, especially with those facing pay cuts.

"I'm sure our Prime Minister (Tan Sri Muhyiddin Yassin) will give priority to the welfare of the people," he said when met after launching the Melaka MIC Annual Convention at Ayer Keroh here on Monday night (Sept 21).

However, Saravanan said he personally had not received any direct complaints from employees.

"LHDN officers probably issued the letters after checking the status (of taxpayers).

"I will help the employees by bringing them up in the Cabinet (after the matter has been highlighted)," he said.

He said those who had filed their income tax assessments online a few years ago had been given a deadline to repay the additional taxes.

"I hope LHDN gives these employees a chance to appeal as many are facing financial constraints with no jobs and pay cuts," he said.

Murali said most employees were subjected to monthly tax deductions (PCB) and any discrepancies in e-filing could be detected by LHDN officers before tax refunds were made.

He said some might have made genuine mistakes when keying in the tax exemptions when filing online, adding that LHDN should trace the trend of a taxpayers if they had been sincerely declaring when submitting the previous assessments.

"I hope LHDN can consider appeals from affected taxpayers, especially with many facing hardship during the Covid-19 pandemic," he added. 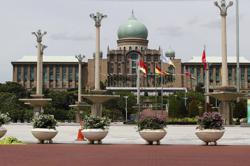