PETALING JAYA: Malaysians are increasingly shunning illegal streaming sites, in part due to the authorities cracking down on such services, a new study has found.

The survey, commissioned by the Asia Video Industry Association’s (Avia) Coalition Against Piracy (CAP) and conducted by YouGov, found that 22% of online consumers currently use illegal streaming websites or torrent sites to view pirated content, substantially less than the 61% from a similar survey conducted in August last year.

The survey also found a 61% reduction in the number of consumers who used an illicit streaming device (ISD) when compared to an August 2019 survey.

More than half (55%) of online consumers had noticed that an illegal service had been blocked by the Domestic Trade and Consumer Affairs (KPDNHEP) Ministry, it said.

KPDNHEP enforcement director Datuk Iskandar Halim Sulaiman said the ministry would do everything possible to help copyright owners and platforms protect their content.“With cooperation from the Malaysian Communications and Multimedia Commission and the telcos, we will continue blocking the sites as long as the copyright owners make their complaints to us, ” he added.

This has had an effect on consumers, Avia’s CAP said, adding that 49% of those surveyed said they no longer accessed piracy services and 40% said they rarely did so now that they were blocked.

Dimsum Entertainment chief marketing officer Lam Swee Kim said people were now more willing to pay for content and were becoming aware of the impact of using or paying for pirated services. 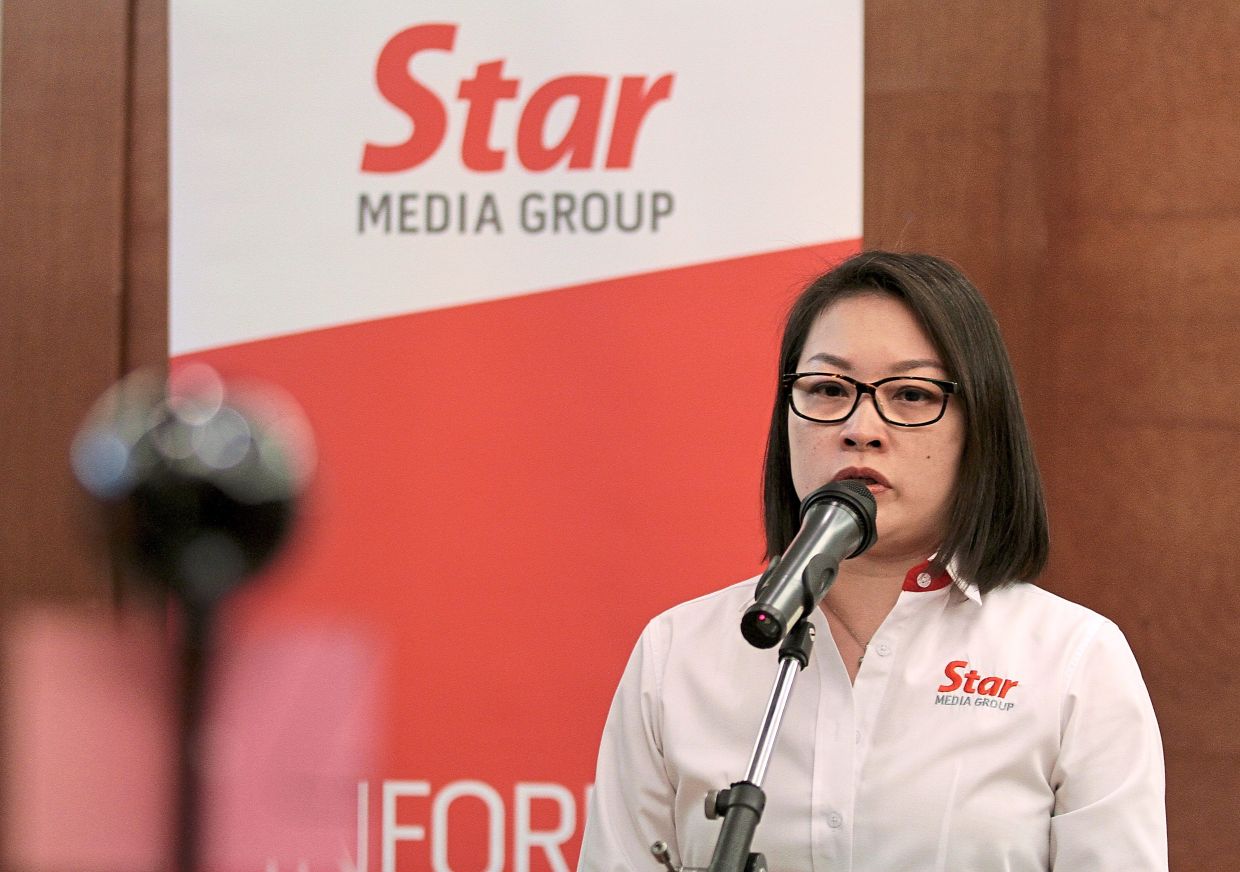 Lam says people are becoming aware of the impact of using or paying for pirated services. — YAP CHEE HONG/The Star.

“The subscription packages are now very affordable and the continuous efforts in site blocking does help a lot too, ” she said, adding that Dimsum also offered advertiser-

Twenty percent of consumers who said they were aware of the government blocking pirate websites and illicit application domains, have since subscribed to a paid streaming service.

“We have seen a significant increase in video views – over 271% in the last quarter with spikes during the movement control order period, ” Lam said.

demand service operated by SMG Entertainment Sdn Bhd, which is part of Star Media Group Bhd.Consumers are also becoming more aware of the negative consequences of online piracy. Their top three concerns were that such sites are funding criminal groups (57%), loss of jobs in the creative industry (52%) and malware risks (42%).

“Consumers who subscribe to illicit services or access piracy streaming sites will be wasting their time and money when the channels and websites stop working.