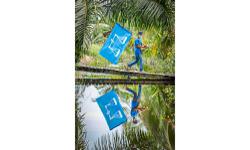 KOTA KINABALU: Sabah might never get the 20% oil royalty that it is hoping for due to pre-existing agreements with international corporations, says state Barisan Nasional chief Datuk Seri Bung Moktar Radin.

He said the 20% oil royalty is not an easy matter to achieve, which is why the Gabungan Rakyat Sabah, comprising Perikatan Nasional and PBS, will set up a Sabah Petroleum Council among others as per the “Aku Janji” pledge.

Bung said Sabah, being an oil producing state, must fully utilise the resource for the people’s wellbeing.

“This council will allow us to get funds to help our children further their studies and other matters to assist in development, ” he said during his campaign in Bongawan Thursday (Sept 17).

He said this is a way to give the funds back to Sabahans as it is not likely that the 5% oil royalty Sabah is getting at present can be increased.

“We have done our research on MA63, and actually, this claim has been made for many years, it is not new, but it is difficult for the Federal Government to approve it, as it is almost impossible, ” Bung said.

He said the agreement was signed after Independence with international corporations including mega companies.

He said Malaysia once had no oil drilling specialty that is why Malaysia needed to use foreign specialists, and the amount was agreed when these agreements were signed.

To this, he said, there are other means to get what is owed to Sabah.

"We will discuss with Petronas on this, so don’t worry, let us govern the state first and then we’ll lay out the plans, ” he said.

Earlier, he said elected representatives and candidates from Barisan who are arrogant and do not meet the grassroots when they win the election will be given warning and even “kicked out”.

“We come from the people and to the people we shall return, ” he said.

He said elected representatives are here to serve, not to be served.

“We don’t want a chief minister to be treated like a sultan, same goes to elected representatives, no need to act like big bosses where you have bodyguards here and there, ” he said. 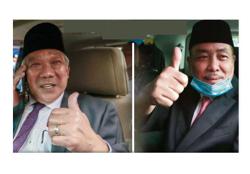