Janrywine (in orange) taking a wefie with supporters and speaking to flood victims in Kinarut not far from the city.

KOTA KINABALU: Singer Janrywine Lusin, known for the single “Macam di KK (Just Like in KK)”, hopes to make Kawang, the state seat he is contesting in under the Liberal Democratic Party (LDP) ticket, to develop “just like KK” or Kota Kinabalu.

The 42-year-old artiste and former journalist said he hopes to address such issues as illegal immigrants, employment opportunities and undeveloped land if he becomes the assemblyman.

“I feel that as a local artiste, my advantage is that people find it easier to approach me and share with me some of their woes.

“I can also work towards uplifting the standard of our creative and entertainment industry if I manage to get into the state legislative assembly, ” he said.

While Janrywine thanks incumbent Datuk Ghulam Haidar Khan of Perikatan Nasional for his service over the last few years, he said it is time for Gulam to pass the baton.

“Give a chance to someone else with more energy, spirit and vision to take over and make Kawang prosper, because Kawang can be developed so much more, ” he said.

Most people in Kawang are involved in agriculture but not many know how to increase their value and make the most of their produce, according to Janrywine. 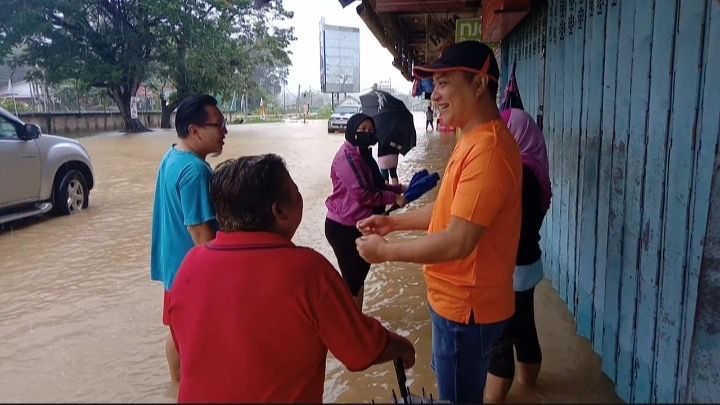 “I want to provide a platform for them to upskill themselves – we can develop agriculture on a bigger scale and create more business as well as job opportunities for locals, ” he said.

Janrywine said he believes Kawang can also venture into agro-tourism.

“There is so much potential here and if we are committed, we can make our dreams come true, ” he said.

During this election campaign, he said he gets a lot of visitors to his home, encouraging him to do his best.

Janrywine has not been able to personally cover as much ground as he hopes because of the current bad weather, also because of the movement control order (MCO) to contain the Covid-19 outbreak.

“So, I use social media to engage with local folk and to get my message across, ” he said.

Kawang is a constituency under the Papar parliamentary seat.

Apart from Janrywine, other artistes who are also contesting in the state polls are Apiang Sausun of PCS for Melalap and Jimmy Palikat who is contesting as an independent in Tambunan.