'Datuk' and 'Datuk Seri' among four arrested for scuffling with cops

MELAKA: Two businessmen with "Datuk Seri" and "Datuk" titles respectively have been arrested for allegedly scuffling with police after they were found at a restaurant in Bandar Hilir past permitted operating hours.

Melaka Tengah OCPD Asst Comm Afzanizar Ahmad said the two businessmen were among four aged from 27 to 41 who were arrested in the 2.50am raid at the restaurant on Wednesday (Sept 16).

"They are both businessmen and not politicians," he said.

ACP Afzanizar said his team raided the restaurant after observing that there were still customers there after 2am, the latest closing time permitted during the recovery movement control order (MCO).

He said one of the policemen suffered an injury during a scuffle when the arrests were made.

ACP Afzanizar said 12 other customers and the restaurant owner were also issued compounds for violating the MCO.

He said the four who were arrested had been remanded to assist investigations under Section 353 of the Penal Code for using criminal force on a public servant, which carries a maximum of two years' imprisonment, or a fine, or both upon conviction.

The four, he added would be also slapped with compounds under the Prevention and Control of Infectious Diseases Regulations 2020. 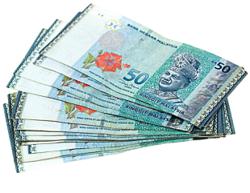