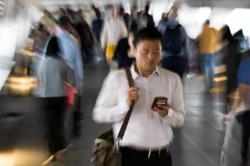 KUALA LUMPUR: The police have crippled a syndicate selling pre-activated sim cards with the arrest of nine suspects.

According to the police, the sim cards were sold online and the syndicate is believed to have supplied other scam syndicates with these sim cards too.

Three local men and three local women, as well as two Bangladeshi men and an Indonesian woman, were arrested.

"The suspects were aged between 25 and 57, and all are believed to have been involved in distributing pre-activated sim cards to syndicates involved in frauds.

"Based on our investigations, (we believe) the syndicate has been operating for over a year and would use identification documents of foreigners and locals to register and activate sim cards and offer illegal international call services.

"We found 10,000 images of foreign passports and 313 copies of identification documents of locals in one of the computers we seized.

"We believe these documents were used to activate the sim cards which would then be sold for between RM15 and RM17," he said.

Comm Zainuddin added that a number of these sim cards had been used by fake loan, phone scam, African scam and online sales fraud syndicates.

"These syndicates would use the sim cards registered to other individuals in order to make it difficult for the police to trace it back to them.

"We have remanded the suspects for three days to assist with further investigations," he said, adding that the case was being investigated as fraud, unauthorised computer or data modification and network facilities offences.

"We view this as an increase, and we need to advise the public to be wary when dealing with anyone online or via phone call.

"Never give out your personal details or account numbers and passwords," he said, as he urged the public to never allow their ATM cards or bank accounts to be used by anyone for any dealings. 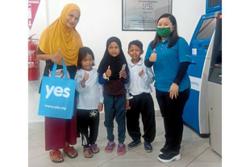