MELAKA: Melaka is one of the pioneer states in the country to debut smart grid technology with an aim to spearhead its high-tech city concept, says Datuk Sulaiman Md Ali (pic).

The Chief Minister said the historic city was among 28 cities from 11 countries worldwide to be chosen for the smart grid demonstration project.

"The project is under the initiative of the Global Environment Facility (GEF) and the United Nations Industrial Development Organisation has been appointed as global project manager," he said after a symbolic launch of the project as well as awareness on smart grids at a hotel in Ayer Keroh here on Tuesday (Sept 15).

Sulaiman said for Malaysia, the implementation of the project comes under the purview of Housing and Local Government Ministry as well as Malaysian Industry-Government Group for High Technology (MIGHT).

"Our objective was also to ensure 930,000 people in Melaka benefit from the RM50mil project," he said.

Sulaiman added that the project would also explore a wide range of energy sources, including photovoltaic and wind-power plants. 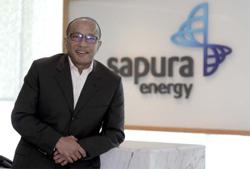