KUALA LUMPUR: Rukunegara: A Brief Introduction, the first book under the Projek Bina Bangsa series, has been launched.

The book is written by Eddin Khoo, founder of traditional culture organisation Pusaka, and the eldest son of eminent historian, the late Prof Emeritus Tan Sri Datuk Dr Khoo Kay Kim who was one of the drafters of the Rukun Negara.

The book, the first in a series of 10, aims to explore the history surrounding Rukun Negara’s national principles introduced on Aug 31, 1970, to foster unity among Malaysians.

“This book is not meant to be authoritative or an interpretation of the Rukun Negara.

“It is a series of impressions and meant to deepen the historical understanding of our nation,” said Eddin during the launch at APW Bangsar on Saturday.

The book also features excerpts from speeches and historical documents to give readers the backstory of the ideas, objectives and quarrels surrounding the Rukun Negara, he said.

“These books are more important, now more than ever, as we enter a decisive decade.

“It is with a full heart that we hope that the shared appreciation and love of history be our guide towards progress and unity,” said Zakri Khir, Allianz Malaysia Bhd chief executive officer.

The project is aimed at engaging youths, students, civil society groups, the media and the public in discussions and reflections on Malaysian history.

A series of workshops, online videos and discussions will also be produced. It will be available online from today and in bookstores at the end of September. 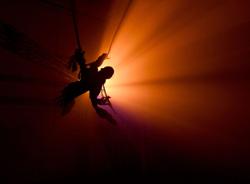