A group of 24 branch leaders have begun a petition to protest the fact he was dropped as a candidate for the Sungai Manila seat, which was carved out from Musa's current seat Sungai Sibuga.

The group is led by Taman Sri Gaya branch leader Sabar Sastro, who said they gathered in protest because Mokran has never served in Sungai Manila before.

“If you want to win, nominate our beloved Musa as chairman. That’s all, ” he told a press conference in Sandakan on Friday (Sept 11).

The press conference was also attended by around 40 supporters.

Sabar added that he hoped their request would be considered by Umno’s top leaders.

“We want our candidate to be changed. There are 20 branch leaders covering four voting districts here and we agree to reject that candidate, ” he said.

Prior to Sabah Barisan’s announcement of its candidates, Musa also posted a cryptic message in Facebook: “I’m going back to Sungai Manila”.

Political pundits are not ruling out Musa’s exit from politics, as speculation is rife that the former chief minister could swing a surprise on Nomination Day on Saturday (Sept 12). 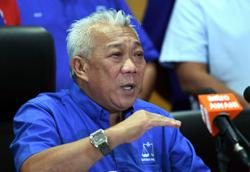 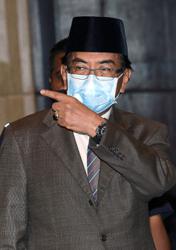 Is there hope for Musa Aman?