KOTA KINABALU: Former chief minister Tan Sri Musa Aman (pic) might have just indicated that he is planning to contest in the 16th Sabah state election in a Facebook post on Wednesday (Sept 9).

"I'm going back to Sg Manila," he posted on Facebook but said nothing more.

Musa, who is the Umno Sungai Sibuga assemblyman, may have indicated that he was planning to go for the newly carved out Sungai Manila seat that was cut out of the Sungai Sibuga and Gum Gum state seats under the Libaran parliamentary constituency.

Musa's post has immediately led to speculations that Sabah's longest-serving chief minister of 15 years might be contesting in the upcoming state polls after all.

Musa's relationship with Sabah Umno chief Datuk Seri Bung Moktar Radin has been strained over the last month after Musa's failed attempt to take over the Warisan Plus government led by Datuk Seri Mohd Shafie Apdal that ended in the dissolution of the state assembly on July 30.

Bung had so far indicated that Musa has not asked for the Umno candidacy to defend his seat which has been allocated to Umno by Parti Pribumi Bersatu Malaysia under the opposition alliance of Sabah Barisan, Sabah Perikatan and Sabah Bersatu.

It is learned that Umno has already prepared two candidates for both the Sungai Sibuga and Sungai Manila seats.

Some political circles believe that Musa has the option of contesting on a Bersatu ticket but it might affect the relations between Sabah Umno and Sabah Bersatu who have already agreed on the seat arrangement. 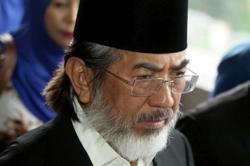