Making a plea: Manufacturers are calling on the government to reconsider its blanket entry ban on foreigners.

GEORGE TOWN: Manufacturing companies are seeking leeway and special consideration from the government to cushion the impact on the recent travel ban from countries with more than 150,000 Covid-19 cases.

Several manufacturers interviewed bemoan the disruption to their operations now that expatriates and critical operations staff from abroad could not fly into Malaysia.

“I have two engineers from India who went back and now cannot return, putting a damper in our operations because their skills are much needed, ” said a contract manufacturing company director, Datuk RS Maniam, whose company in Batu Kawan manufactures parts for multinational companies.

“I had an audit team from two companies from the United States who were supposed to arrive here to audit our manufacturing plant as they placed a large order for our products.

“But now they will not be able to come and this will definitely affect our year-end results, at a time when the company is operating under difficult situations, ” he added

Maniam said the government should give leeway or consideration on a case-to-case basis as companies were willing to help work out a solution to bring in highly skilled staff from abroad.

A director of a medical devices company in Bayan Lepas said a blanket ban would affect operations as the people with the know-how were from countries such as the United States, Germany and Britain.

“Our company depends on German technology and we have senior technical staff who travel frequently to Malaysia to train our staff, but now it’s not possible until the end of the year.

“The government should look at particular sectors, such as critical ones like medical or technologically advanced manufacturers, and see how they can give special consideration to bring in some people for the continuity of the manufacturing process, which has been hampered due to the ban, ” said Stanley Teoh, whose company makes medical and surgical equipment.

“At least, our associations should have been consulted on how best to manage the ban and we, as members, would have given feedback on solutions that will have minimal disruption on operations.”

Federation of Malaysian Manufacturers Penang vice-chairman Datuk Lee Teong Li said the government should have a special standard operating procedure for manufacturing firms and not a blanket ban.

“Start-up and existing operations will also be affected by the ban as investors would want to be here in person for site inspection and not everything could be done through online or Zoom, ” he said.

“As such the ban could affect the flow of new foreign direct investment into the country at a time when we badly needed it. Manufacturing is different from tourism, which needs special considerations.”

She said electrical and electronics firms would be denied access to senior executives and critical technical talent, which are needed to ensure Malaysian-based entities were able to meet global supply chain demands. 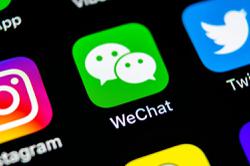 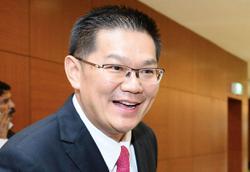