KLUANG: The police have busted a phone scam syndicate operating out of a hotel here and arrested 43 suspects, including 41 Chinese nationals.

Johor police chief Comm Datuk Ayob Khan Mydin Pitchay said its criminal investigation and commercial crimes investigation departments raided the hotel at around 10am on Wednesday (Sept 9) on suspicion that the syndicate was operating there.

"The syndicate is alleged to have scammed victims by offering foreign exchange investment opportunities and have been actively operating here for the past two months.

“The syndicate operated in Kuala Lumpur and Johor Baru, before moving their operation to the 10th to 14th floor of the hotel here, ” he said in a statement.

Comm Ayob added that the syndicate operated from 8.30am to 5.30pm local time and targeted Chinese nationals in China.

He said the raid led to the arrest of 39 male Chinese nationals, two Chinese women and two locals, all aged between 18 and 40.

He said the case was being investigated under Section 420 of the Penal Code and Section (6)(c) of the Immigration Act 1959.

“We will continue to monitor and conduct checks at premises in efforts to hunt down those involved in the syndicate and those who are running similar operations.

“The public is also reminded not to conspire with individuals involved in any illegal activities, ” he said, urging those with information on such activities to get in touch with the police at their hotline at 07-2212 999 or by heading to the nearest police station. 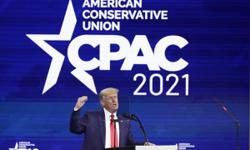