SHAH ALAM (Bernama): Seventeen people filed suits in the High Court on Tuesday (Sept 8) against a factory suspected of having caused the odour pollution in Sungai Gong, Rawang last Thursday that led to an unscheduled disruption in water supply to many areas of the Klang Valley.

The suits were filed online by their lawyer Mohd Khairul Azam Abdul Aziz.

He told reporters at the court lobby that his clients were seeking general damages, specific damages, exemplary damages, costs and other relief deemed fit by the court.

He said his clients had taken into consideration the hardship faced by consumers, especially housewives, traders and heads of households, due to the water disruption.

Beginning on Thursday (Sept 3), about five million people in seven areas in the Klang Valley faced disruption in water supply after four water treatment plants were shut down due to Sungai Gong being polluted.

It is a tributary of Sungai Sembah, which flows into Sungai Selangor which supplies raw water to the four treatment plants, namely Sungai Selangor Phase 1,2 and 3 and Rantau Panjang.

On Saturday, police arrested four owners of a factory suspected to have been the source of the pollution.

Water supply to most of the affected areas has been restored. — Bernama 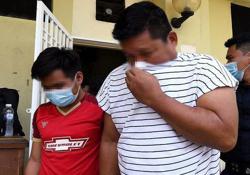