KOTA KINABALU: The Sabah Youth Council says the predicament faced by Veveonah Mosibin in rural Pitas is not surprising as some areas in the state are still experiencing bad Internet connectivity.

Its deputy president Abqaree Fawwaz Abekan (pic) said this in expressing disappointment at Deputy Communications and Multimedia Minister Datuk Zahidi Zainul Abidin, who has since apologised to the 18-year old Universiti Malaysia Sabah student after falsely accusing her of lying to gain online fame during a Dewan Negara session. 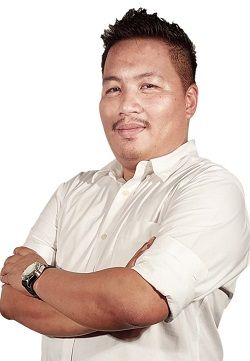 Abqaree said the incident reflected there is even more need to improve connectivity in Sabah.

He said he welcomed Prime Minister Tan Sri Muhyiddin Yassin’s announcement during a visit to Sabah last week that the Federal Government would improve Internet and communication systems in the state.

“Even though he (Zahidi) had apologised, this statement was really disappointing as it is not merely about Veveonah but the reality of the Internet gap in Sabah.

“Let’s not talk about Pitas which is a remote area in Sabah – even several areas in Kota Kinabalu still do not have a satisfactory Internet connection, so what can you expect at the interiors and rural districts?

“I urge him (Zahidi) to be more careful in making statements that could offend the people of Sabah, ” said Abqaree in a statement Friday (Sept 4).

He said what needed to be done by the particular ministry is expediting broadband projects in Sabah, especially in rural areas, so that the digital divide can be reduced.